autobiographical bits and pieces
Previous
Next 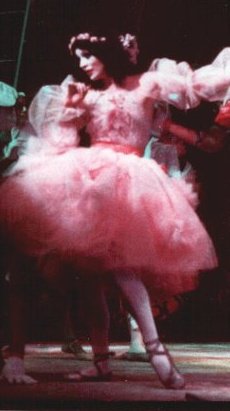 How and why a painter
Emotion and empathy have always been my stock in trade.. It started in childhood dancing to my grandmothers improvised and inspired piano-playing. I wrote and illustrated my own poetry as a little girl, I drew and painted and as a teenager, became a professional performer dancing, acting and singing . I have been dedicated to expressing feelings which have became more intense and deeply felt as I have grown older
By 1969 I was a successful actress with the Traverse theatre company ,an experimental group improvising daily as part of our remit to develop the work of new writers. When I was chosen by Lindsay Kemp to join his troupe in 1969 I was a successful actress it was because of my performance which was pure Butoh , it was a mime and expressed overpowering feeling.
My time with the troupe ended in 1975 when the performance of Salome in which I played the title role to great acclaim (at the Traverse Theatre) . Was scupperred who wanted to play the role himself. It finished me with the theatre . I became very ill at the loss of what I felt to be the apex of my career .
After this painful experience ,I lost my self esteem and I became a burlesque artist and made money working ,amongst other places, at The Windmill theatre in London. In 2003 I went to art-college. I graduated in 1986 having staggered through an intellectual and conceptual bramble patch. I understood nothing . more than one tutor thought I aught not to be there and I agree.I made videos and did performance while there but no support or any understanding . Frankly, none of the tutors had a clue where I was coming from .
After graduating I had started painting as the one and only thing I had learned was that it did not matter what I did . I went straight to my heart , to my feelings as my resource as it is all I have.

I have been painting for 30 years and since then have synthesized a love of colour line and form with the wildness of my nature ,love of exploration ,improvisation , poetry , the wilderness ,flora and fauna . Inspired by textiles and design of all forms she is surrounded by in cosmopolitan contemporary London , I paint religiously intuitively and figuratively with verve .
"
Next
Previous